How Insurance Companies Try To Rip Off Injured Workers:  A Series – Volume 2:  Manipulating The Medical Care 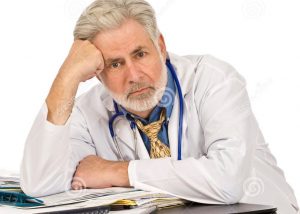 Unfortunately, under our Workers’ Compensation Law, the insurance company in a workers’ compensation case has an almost unlimited right to direct a claimant’s medical care, throughout the claim.  The insurance carrier often uses this advantage, rather immediately, to attempt to impair or terminally damage an injured worker’s case; instead of just trying to restore him or her to a state of good health.  It would be a common scenario, for example, for a recently injured claimant to first be sent to a ‘company’ doctor, well known to the employer, and who has treated many injured employees of that particular company in the past.  In some instances, the company doctor may have certain instructions from the insurance company and/or employer, such as that an MRI or other diagnostic tests are not to be ordered unless they are imminently necessary.  The insurance carrier may also hire a nurse case manager (which will be discussed in more detail in Volume 3 of this series) to further pressure the treating doctor to save costs in the claim, at the claimant’s expense.

If the company physician feels that the injured worker needs a referral to a specialist, it is very common for an insurance company to once again intervene in the medical decision making process and shift the claimant’s medical care to some other insurance doctor.  If the insurance carrier doesn’t like what the specialist has to say, it sometimes sends the claimant for an allegedly “independent” medical examination, typically conducted by – yes, you guessed it – yet another insurance doctor.  By the time the claim gets to this point, the ‘evidence’ generated by the insurance carrier many times so overwhelmingly disfavors the injured worker that the case can never be successfully revived, even by the most skilled of workers’ compensation attorneys.  Oh, but it doesn’t stop there.  Insurance companies have been known to continue paying nurse case managers, for example, to try to collect additional medical evidence, favorable to them, even when a claimant has finished treating and the case is in active litigation.

If some of all of the above sounds familiar, we’d be glad to visit with you, anytime, about how we may be able to repair your case, before it’s too late.