HOW MUCH WILL A WORKERS’ COMP LAWYER COST ME? 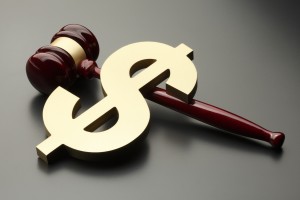 So, how much do lawyers charge to help settle AR Workers’ Compensation claims? It’s a really good question, especially when you’re hurt, unable to work and you’re trying to keep the bills paid. Every dollar matters, right?

Well, the truth is, attorney’s fees don’t amount to near as much as you might think. Many people think AR Workers’ Comp is the same as personal injury law, where the attorney gets 1/3 of the total settlement. But that’s just not the case.

In fact, an attorney gets a relatively small portion of the Workers’ Compensation settlement amount. For starters, the fees charged by an attorney to represent an injured worker in an Arkansas Workers’ Compensation claim are set by state law at 12.5% from the injured worker. And sometimes even this fee is negotiated during settlement to be paid by the insurance company.

It’s also helpful to know that there are no “up front” charges, or fees. In fact, a claimant doesn’t owe their lawyer a dime unless he/she collects money on their behalf – either through settlement, or by asking a judge to force an insurance company to pay benefits they have wrongfully denied.